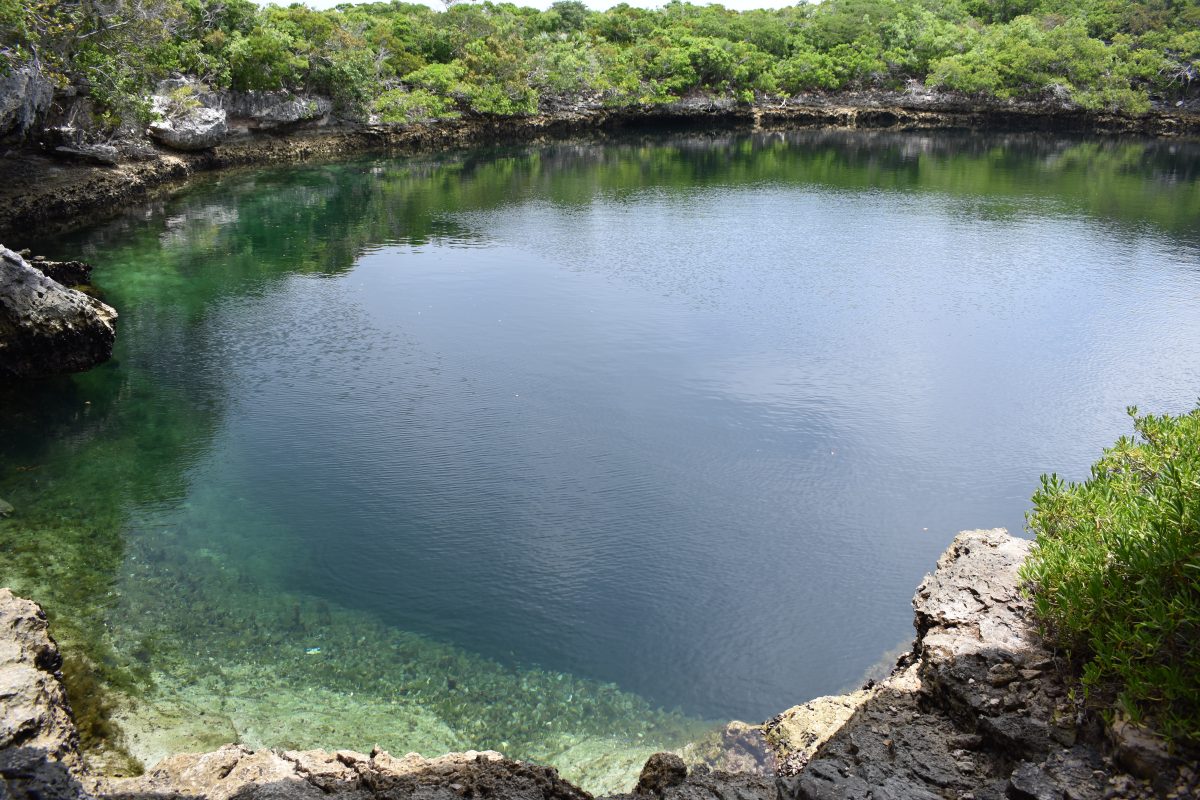 While working our way up the Berry Islands we stopped at Hoffman’s Cay for one night (a little tricky to get to with 5-7 foot depths in some places, but it was totally worth it!) so we could see the “blue hole,” which are basically underwater sinkholes/vertical caves. It’s about 600-ft wide and more than 180 meters deep, whose only living inhabitants are said to be oysters. But we saw some amazing looking turtles up close!

We beached the dinghy on shore near the second cove from the south end of the Cay, and followed the “signs”. Which was just some beach trash tied to the branches of a lone tree of the trails entrance. Haha! The trail here is pretty narrow and a bit overgrown but no more than a 10 minute walk, just make sure to bring along some mosquito spray. 🙂

As we approached the cliffs edge, the blue hole is really quite breath taking! And we immediately saw lots of turtles swimming out in the distance and directly below us (about 25ft.) Out of all the blue holes we encountered in the Bahamas this was by far the most impressive one. This particular blue hole is saltwater which explains why the sea turtles have some how found their way into this little oasis.

If you keep to the right, there is a pathway leading down to the water’s edge, it’s somewhat steep. Several locals told us about their adventures and the adrenaline rush of plunging into its mysterious depths, but we weren’t interested in swimming with whatever creatures lurk beneath. 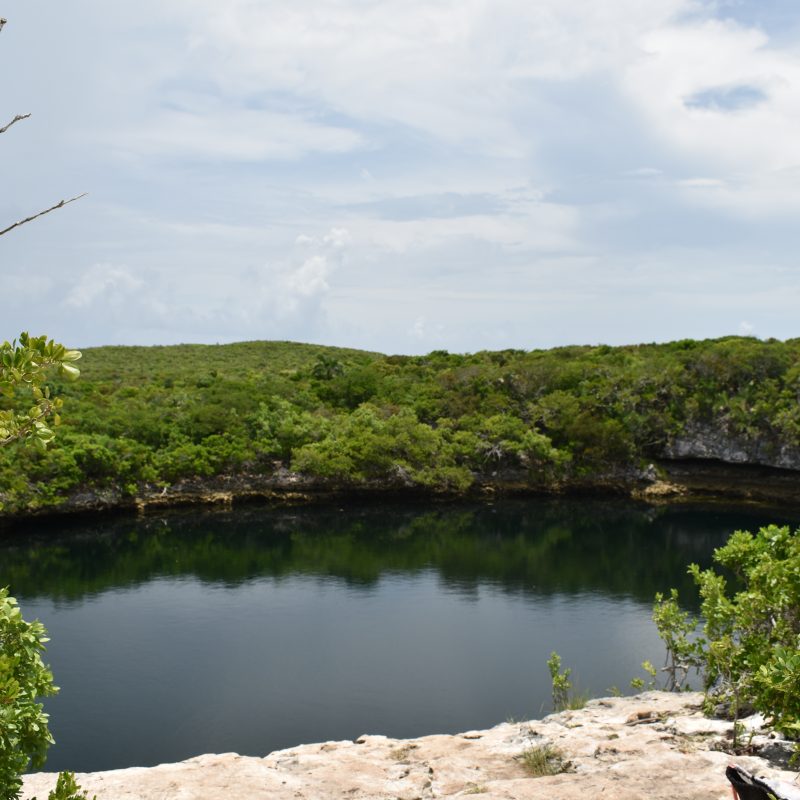 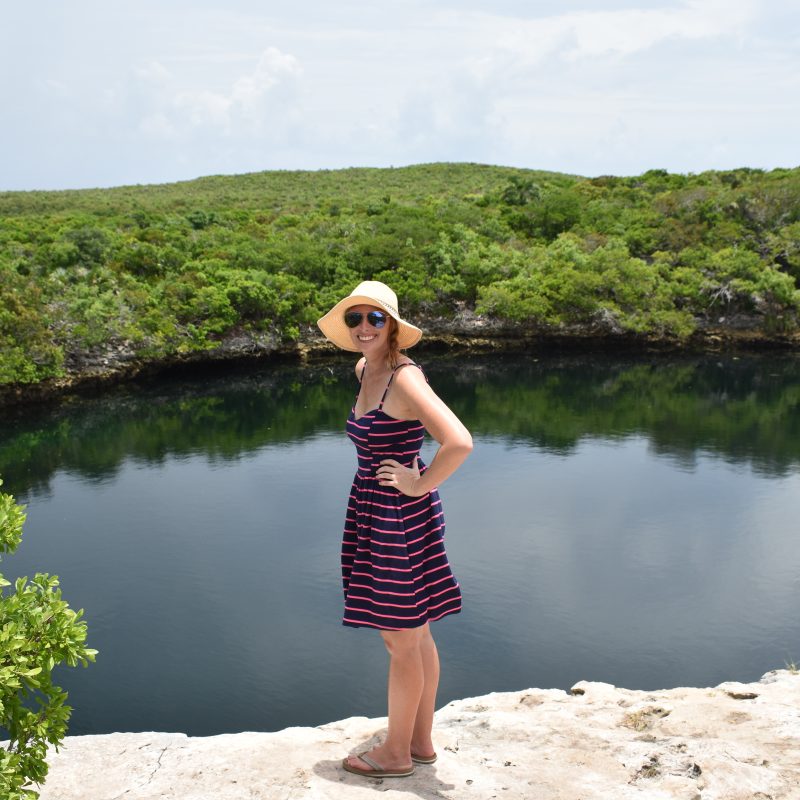 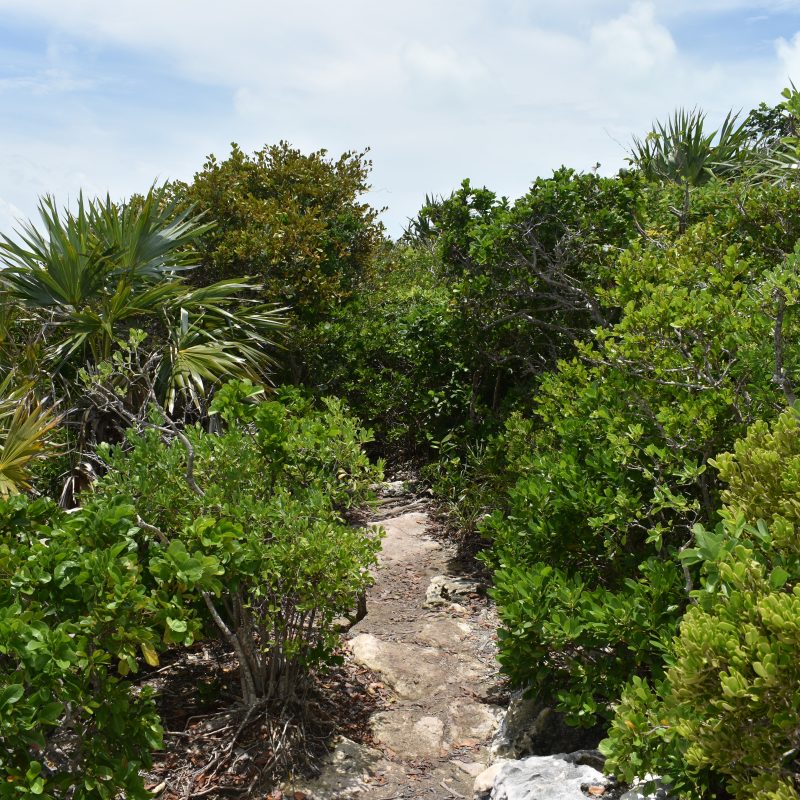 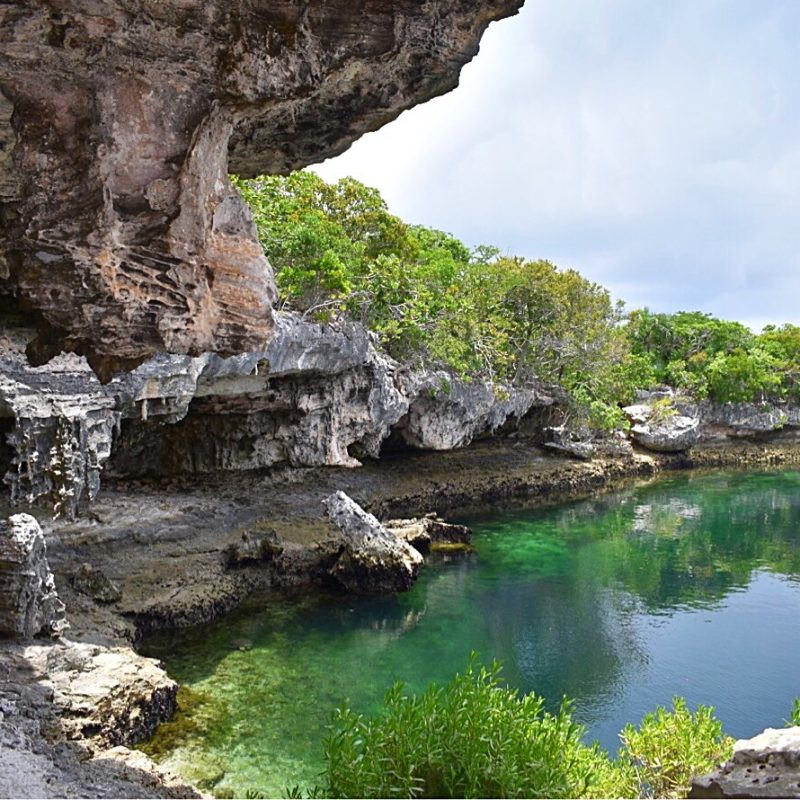 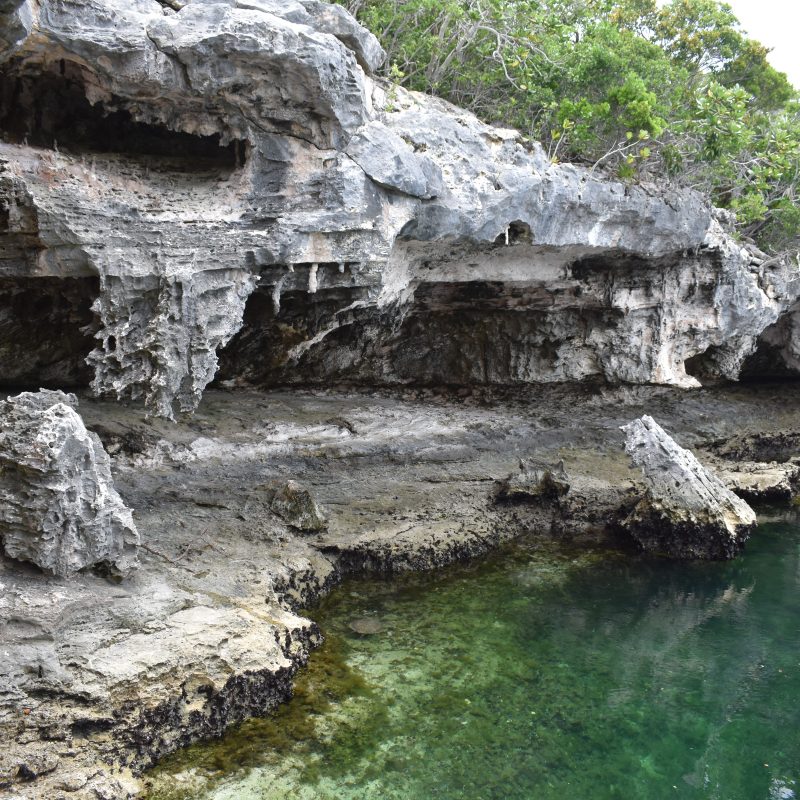 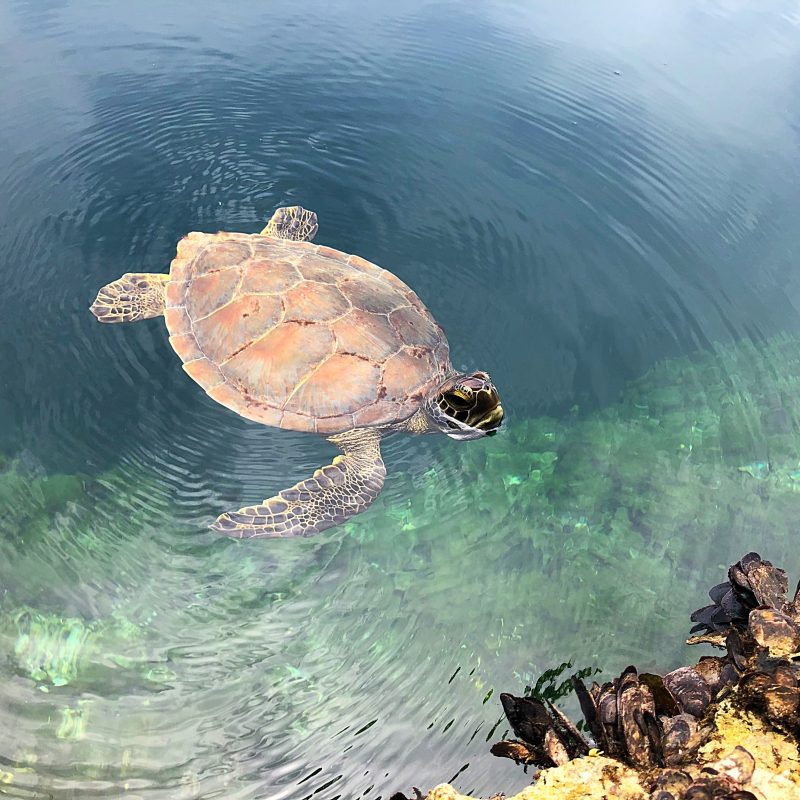